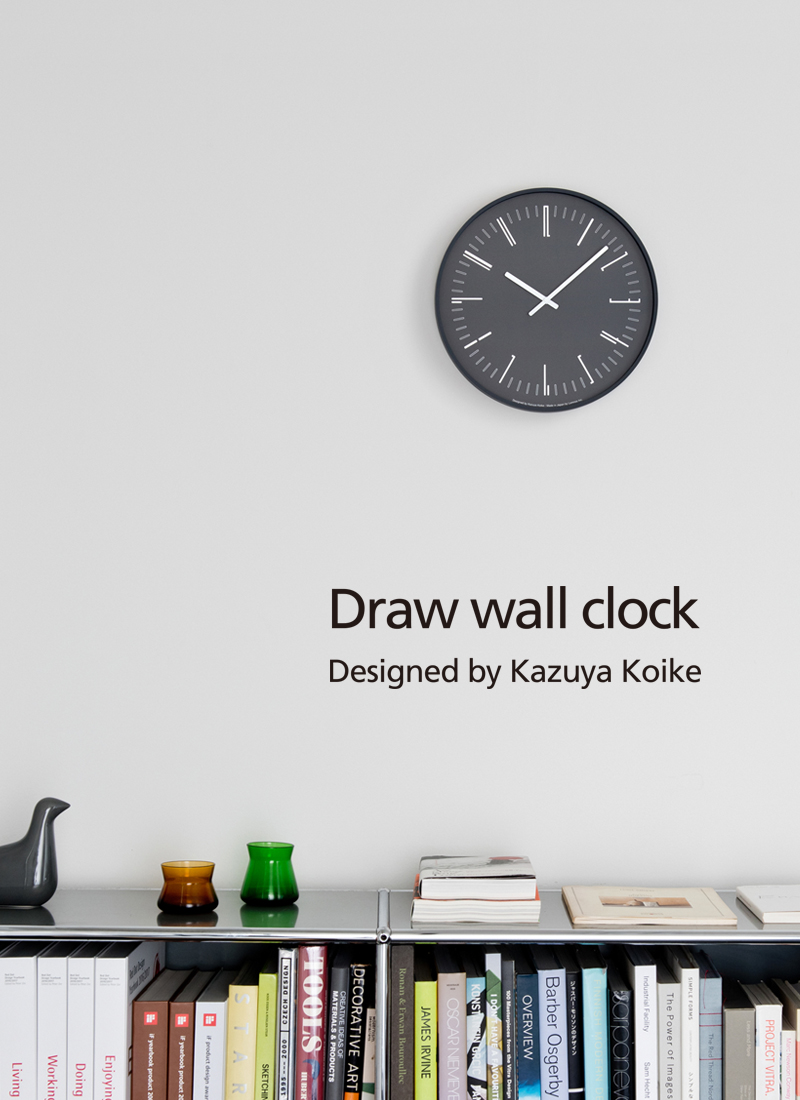 A clock that features lines with expression by numbers

When numbers are laid out or separated on a clock face, it appears that some fonts are more suitable for clocks than others. The shape of the numbers would require fine-tuning in many fonts; finding the best font seems to be the main activity in designing a clock.

The ideal font, which is discovered after a struggle, provides the clock with some elements of expression, character, and charm, which are difficult to describe with specific words.

The design of this clock was attained through the process of gradually making a line resemble a number by adding and removing lines, while considering the kind of expression that this could give to a clock. The effect was accomplished by keeping the forms of the indicators to a level where they could still be recognized as numbers from the layout alone on the clock.

The clock with a white face and dome-shaped glass features an orthodox appearance and is intended to fit in with its surroundings, whereas the one with a thin frame and flat glass is designed with inverted colors in order to accentuate the space.