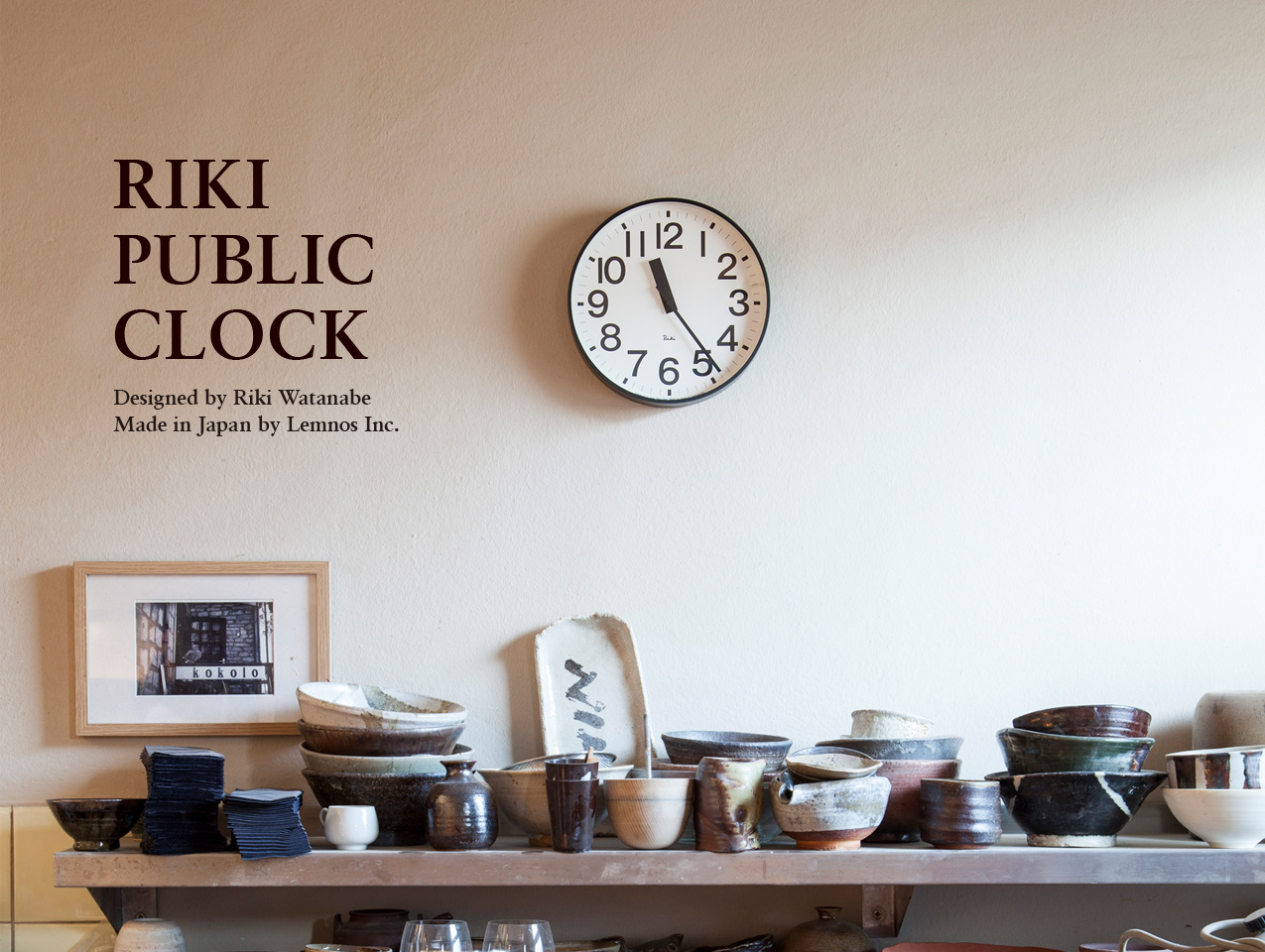 Public clocks by Riki Watanabe, a designer who had worked vigorously since the 1970s

We often see public clocks in parks and in front of the stations. However, few people know that most of the face designs of such clocks were produced by Riki Watanabe.

Since the 1970s, he had vigorously been at the forefront of designing monumental public clocks such as the world or pole clocks in the airports and hotels. The RIKI PUBLIC CLOCK presents the essence of his professional work. There are various types of RIKI PUBLIC CLOCK – The Arabic numeral type places an emphasis on friendliness while the one with a powerfully symbolic expression can be used depending on the environment.
It can already be called an anonymous masterpiece.

An “iconic public” design is a new addition to the RIKI PUBLIC CLOCK series, designed in sizes for home use.