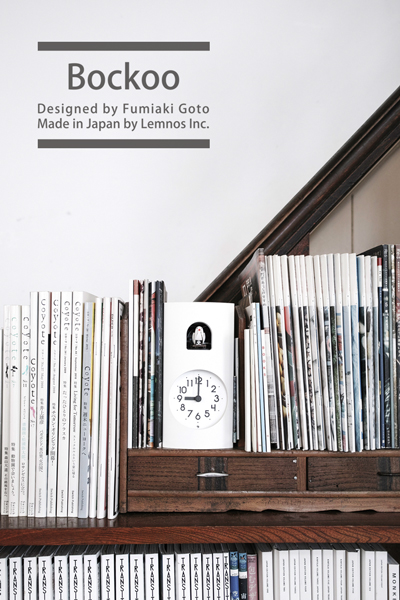 Since mobile phones have been in widespread use all around us, we often check the time on things other than clocks. Nowadays, we spend more and more time unconsciously checking the time on mobile devices such as smartphones.
So what role can an analog clock play in this situation?

The initial idea for the “Bockoo” cuckoo clock was based on this question and its iconic shape and size follow those of a book.
Lemnos Inc. has developed its own cuckoo module and has been able to design a cuckoo clock more flexibly and make it much smaller. Due to its compact size, the cuckoo clock could thus be displayed in small spaces that you had not previously considered.
If you put the clock on a bookshelf, it may encourage you to look at the shelf and take your favorite book when the cuckoo tells the time. The clock would thus encourage you to substitute the checking of a mobile device for reading a book.