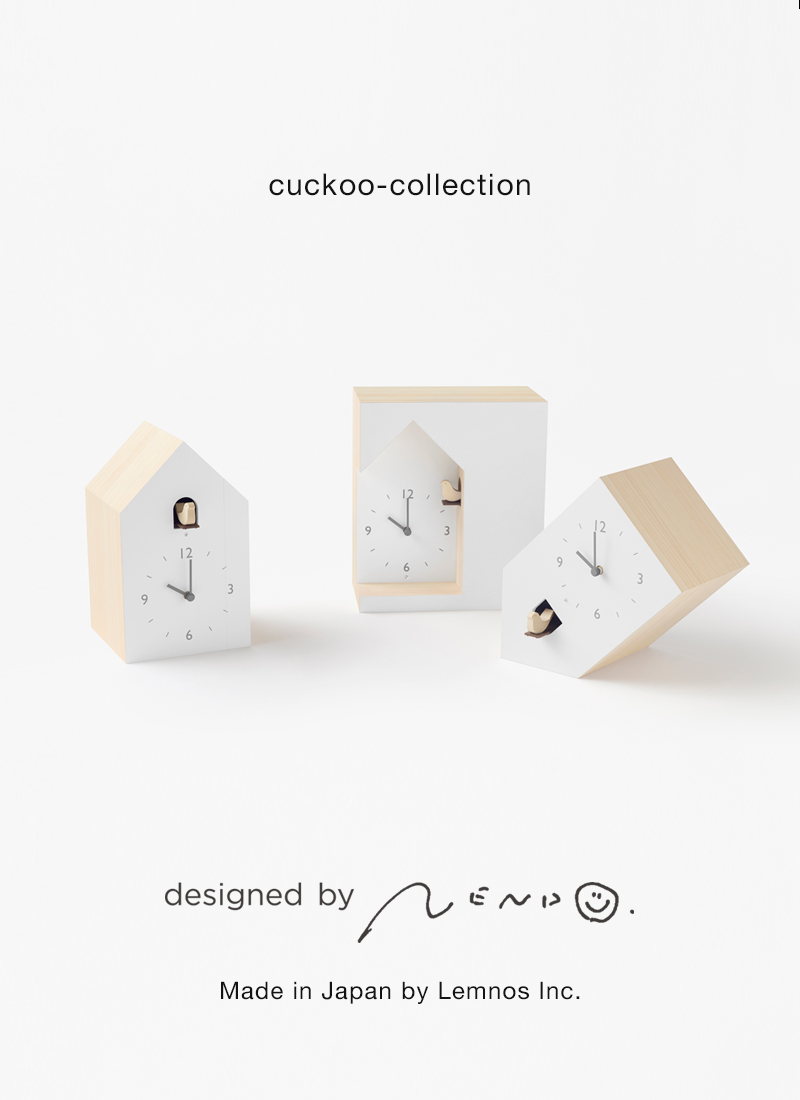 A collection of cuckoo clocks in three different models with changes made to the traditional, steeple-topped cuckoo clock design.

01. bookend
A cuckoo clock that can be used as a bookend by splitting the dial’s face into two parts.
This merge comes naturally as the clock and books co-exist on the shelf harmoniously together.

02. tilt
The unusual angles of both the cuckoo bird and the dial design imply that this clock should be placed upside-down.
Placing the heavier internal components asymmetrically on one side of the base enables the clock to naturally maintain its balance.

03. dent
A cuckoo clock with a dent which looks as if the traditional clock has been carved out of the block.
The cuckoo bird peeks out sideways from a small hole on the side of the clock.