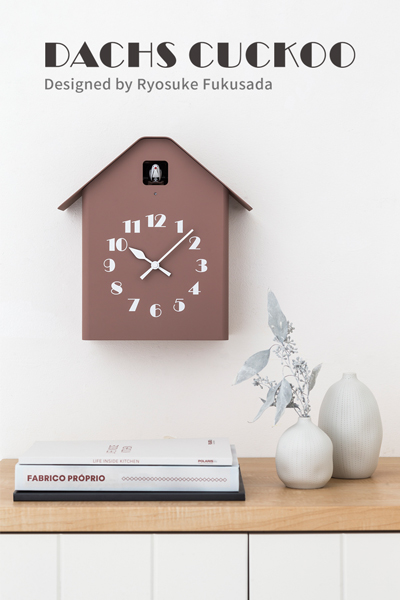 Dachs Cuckoo is a cuckoo clock with a lovely roof that looks like the ears of a dachshund brings enjoyment to your daily life.

The roof is made of thin metal board, giving lightness while expressing a modern impression by its characteristic shape.
The numbers in the center of the clock body are based on so-called Broadway, a font that is suitable for the cuckoo’s performance.

While having a basic form, the details are innovative and add to the attraction of the cuckoo clock.