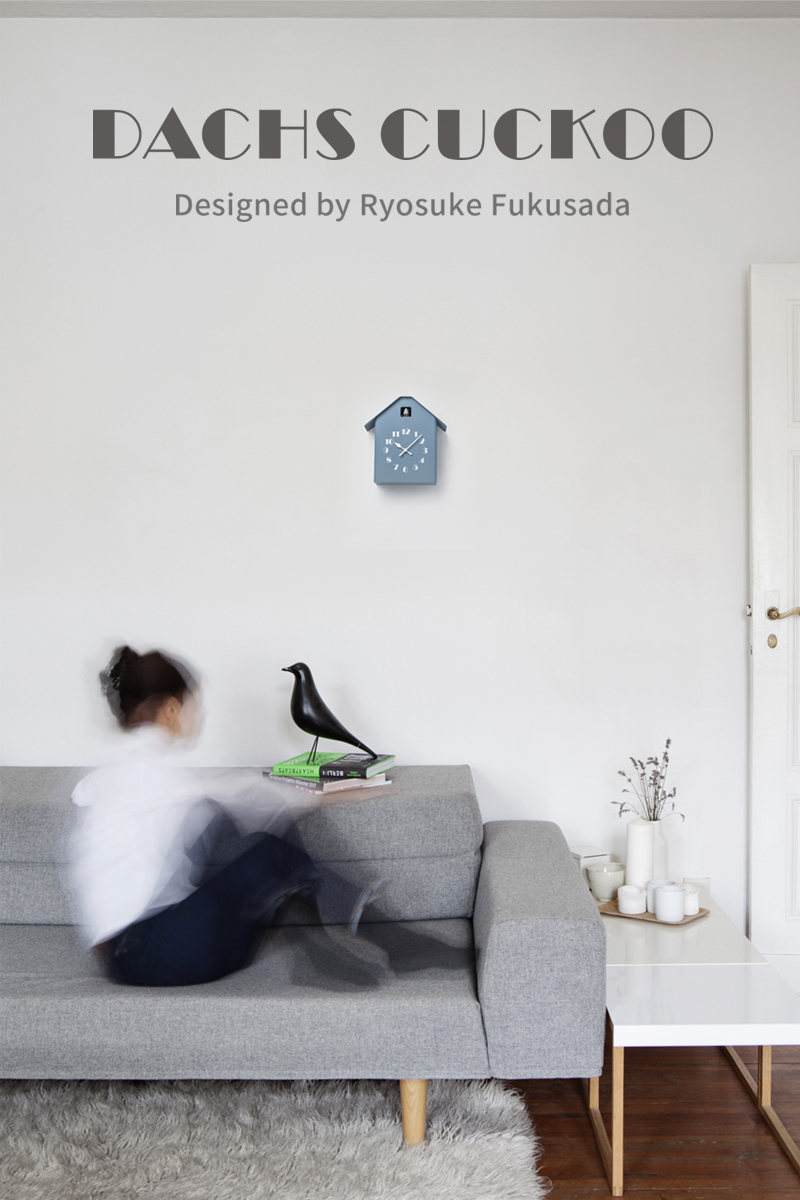 A cuckoo clock with a lovely roof that looks like the ears of a dachshund brings enjoyment to your daily life.
The roof is made of thin metal board, giving lightness while expressing a modern impression by its shape that follows that of a square upper window. The numbers in the center of the clock body are based on so-called Broadway, a font that is suitable for the cuckoo’s performance, and they have been redesigned to fit the outline to the clock body.

The gray goes well with any interiors, the blue brings a calm atmosphere to a space, and the yellow adds brightness to the room as an accent. While having a basic form, the details are well thought out and add to the attraction of the cuckoo clock.