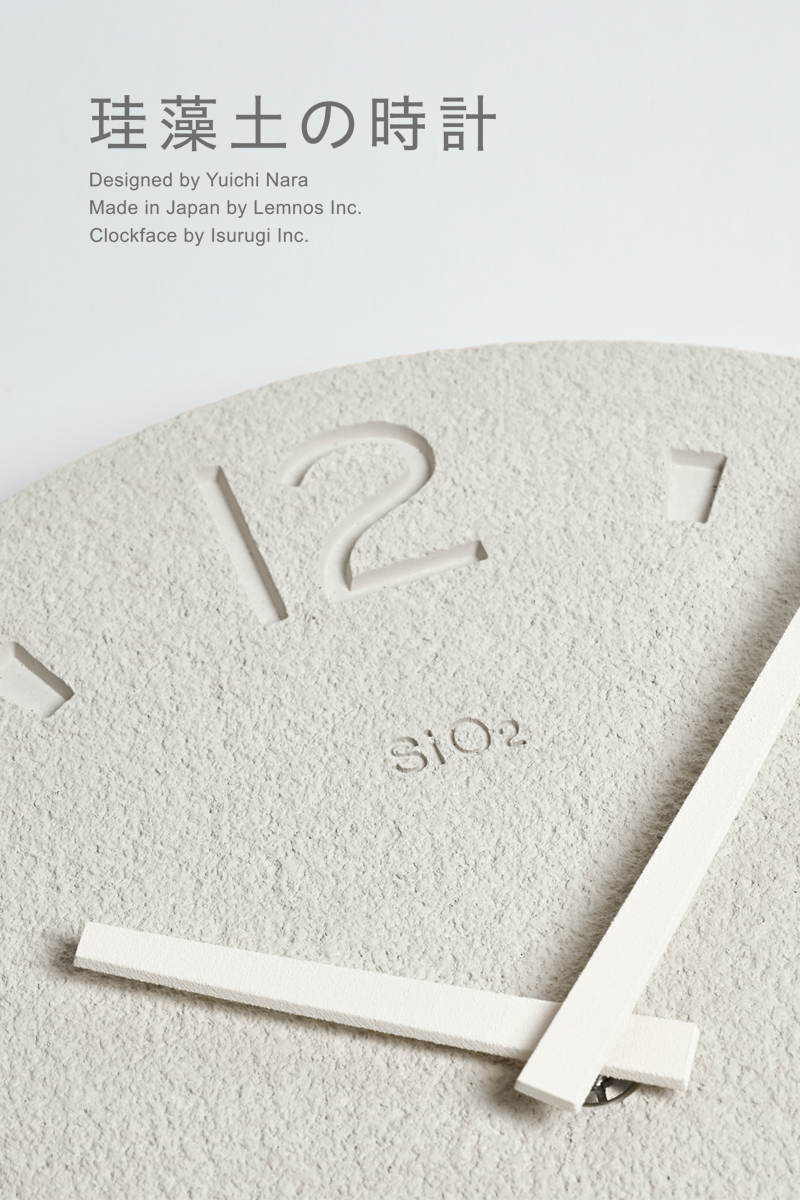 “Keisoudo no tokei (Scraping)”, designed by Yuichi Nara
Released May 06, 2021

Diatomaceous earth is made from diatoms, a type of algae, that have accumulated on the seafloor and formed into rocks over the years. Keisoudo no Tokei is made from diatomaceous earth and produced using a traditional Japanese plastering technique.
The shade of the clock’s three-dimensional shape changes every moment in natural light, allowing you to feel the passage of time. The design maximizes the material’s characteristic features and atmosphere. It is suitable as part of the interior not only of a Japanese “Wa”-style space finished with wood or plaster, but also of a modern-designed space.
(SiO2 in the clock logo is the elemental symbol for silicon dioxide, the main component of diatomaceous earth.)

＊Scraping
Scraping is a plastering technique in which the surface of the soil is scraped off with a brush or trowel before it dries and becomes hard to create a fine, uneven surface and a natural texture.