TAKATA Lemnos’ history began in Shirogane-machi, Takaoka in 1947 as a brass raw casting manufacturer of Buddhist altar fittings for Jodo Shinshu Buddhism. In 1963, the factory was transferred to Hayakawa 511, Takaoka, the present site of the TAKATA Lemnos headquarters.
During its period of manufacturing Buddhist altar fittings, and following an introduction from a friend, TAKATA Lemnos began producing and supplying clock frames made using brass raw casting or lacquering for Seikosha Co., Ltd. (currently Seiko Clock Inc.). In 1974, it produced clock bodies that were supplied to the State Guest House in Tokyo from Seikosha Co., Ltd. In 1977, the Toide plant was established in Takaoka douki danchi (Takaoka copperware industrial park).

The company name was changed to TAKATA Seisakusho (Factory) following a reorganization. The clock division was then started and became a subcontract factory of Seikosha Co., Ltd. It also started planning and producing products such as souvenirs or promotion goods using a casting clock frame.

In 1984, the clock division became an independent limited company called TAKATA Ltd., Co. (present-day TAKATA Lemnos Inc.). Its new office building was completed in the same year. The Lemnos Tokyo office was opened in Asakusabashi, Taito-ku during the following year of 1985.

Eighteen years after its first involvement in the manufacture of clocks, former president Hiroshi Takata felt a strong desire to “receive direct evaluation” from customers to ascertain whether the company was conveying its strong manufacturing heritage. This encouraged us to take the first step toward developing our own fully fledged products. In 1986, Lemnos signed a contract with EX design Co., Ltd (located in Fukui, directed by Kazuo Kawasaki) related to the development of products and launched the GANBARA brand in 1988. Shortly after this, we began the full-scale export of our original items to Europe. In 1989, “HOLA, ILUS, TROS” won the Good Design Award out of a variety of GANBARA brand items. In addition, HOLA was selected for inclusion in a permanent collection at Cooper-Hewitt, National Design Museum. 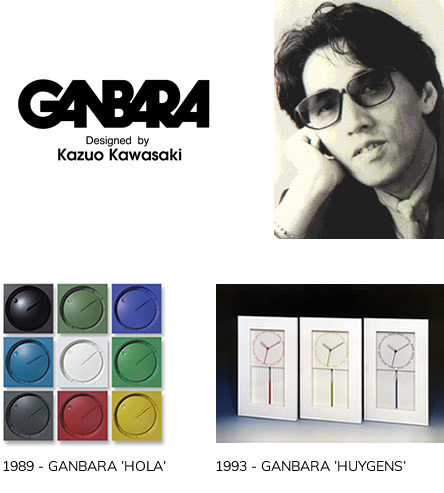 In 1990, Lemnos entered into a contract with SESSA Co., Ltd. (located in Zushi, directed by Takashi Kato) outlining the rights to product development as well as to manufacturing and sales. In 1991, the company changed its name to TAKATA Co., Ltd. and underwent a reorganization. The Lemnos Tokyo office was opened at Takanawa, Minato-ku and the name was changed again during the following year, this time to TAKATA Lemnos Inc. It actively joined overseas exhibitions such as the MACEF Fair in Milan, Italy, Accent on Design in New York, and the Los Angeles Gift show in Los Angeles. Between 1993 and 1995, GANBARA brands pendulum clock “HUYGENS”, SESSA brand wall clock “SC-3000”, alarm clock “PASPIE PC-6”, and “SC-45” all won the Good Design Award. The SESSA brand tape dispenser “SD-50” and table clock “SC-45” were selected for a permanent collection at Cooper-Hewitt, National Design Museum. The year 1995 saw the opening of a planning and showroom branch office called X・PORT. 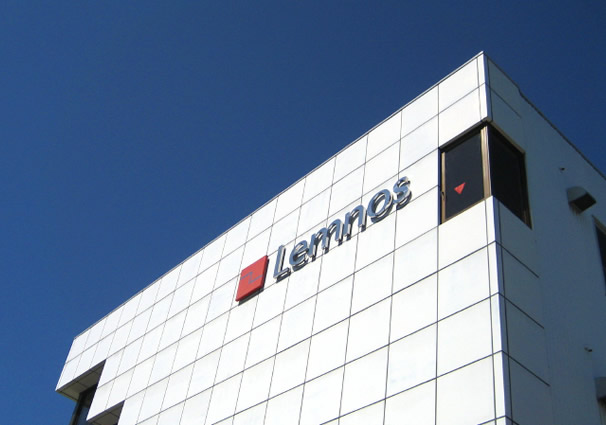 A flood of counterfeit items from around 1997 forced us to discontinue the planning and production of clock frames using resin molding. Following this, Lemnos changed its policy to produce distinct products using original techniques and materials such as starting to process and develop wooden or plywood frames for products, including for the Erias series. The AXIS showroom was closed in 1999, and a Tokyo sales office was opened in Jiyugaoka, Meguro-ku.

In 2000, the GANBARA brands “HOLA, ILUS, and TROS” were winners of the Good Design Long Life Design Award.

At a gathering following the 2000 Toyama product design competition award ceremony, Hiroshi Takata met Akira Yamamoto, who is closely related to Riki Watanabe. Yamamoto gave Takata a proposal to produce a clock designed by Riki Watanabe. Through a strengthening of this close relationship, the signature Lemnos clock, the “RIKI CLOCK”, was born.

In 2003, Lemnos exhibited at the TOKYO DESIGNERS BLOCK. We began product development for furniture and knickknacks as new fields. In 2004, a wall clock designed by Riki Watanabe won the Good Design Award. Furthermore, tissue holder “STOCK / Da-05” designed by Toyota Mori received the same award and was exhibited at the Messe Ambiente in Frankfurt. 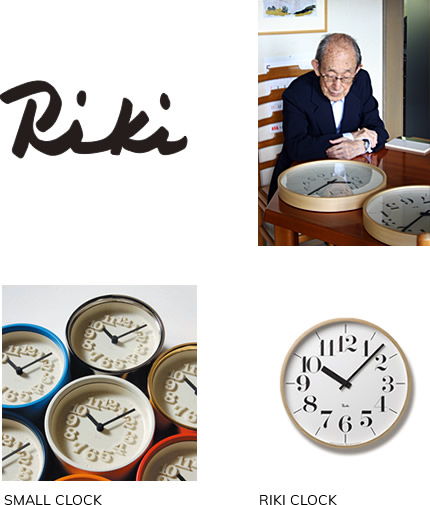 World-class Lemnos design (From Toyama to the world)
After attending exhibitions around the world, we entered into business with foreign distributors in the European market, mostly in Germany, and also in North America, Singapore, and Taiwan, among others. We have continued to build our Lemnos brand all over the world. In 2009, we participated in the MAISON & OBJECT PARIS sozo_comm and the Trend set in Munich, Germany.

In 2010, a table clock designed by Kanae Tsukamoto named “DROPS DRAW THE EXISTENCE” received the Red Dot Design Award. In the same year, a wall clock designed by Naoki Terada named “CARVED” won the GOOD DESIGN AWARD. In both 2011 and 2012, Lemnos attended the Messe Ambiente in Frankfurt. 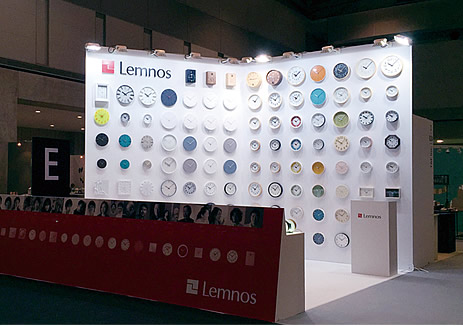 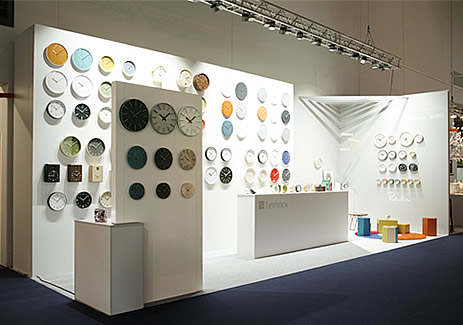 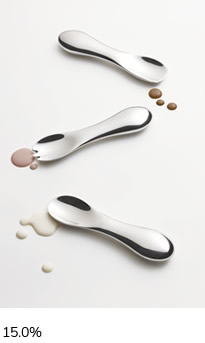 In 2013, “15.0% ice cream spoon” designed by Naoki Terada was selected for the JIDA Design Museum Selection vol. 14. Takata Lemnos has thus become a regular feature at the world’s design awards. As a pioneer in design clocks, we will continue to offer innovative and lasting beauty.