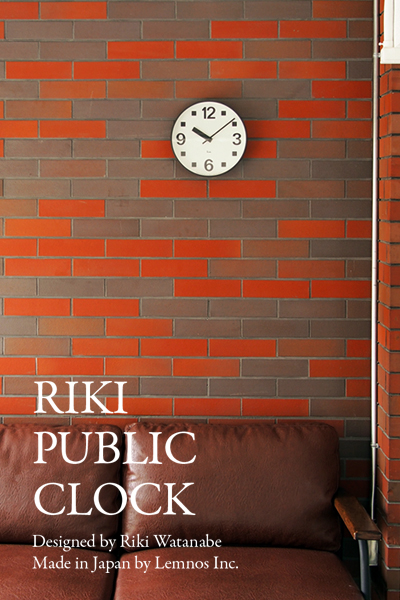 We often see public clocks in parks and in front of the stations. However, few people know that most of the face designs of such clocks were produced by Riki Watanabe.
There are various types of RIKI PUBLIC CLOCK – The Arabic numeral type places an emphasis on friendliness while the one with a powerfully symbolic expression can be used depending on the environment. It can already be called an anonymous masterpiece.

This time, we are releasing three types so that you can choose the best fit for your home.