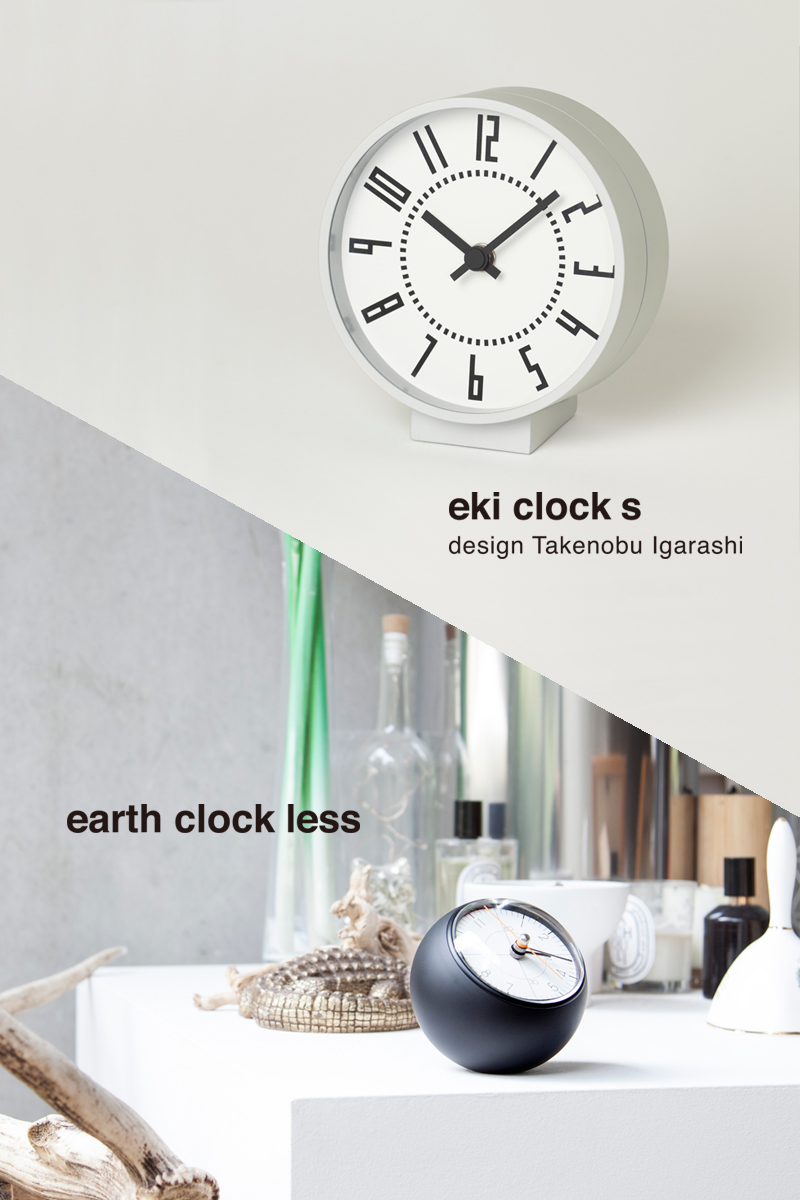 Table clocks are new additions to the clock series designed by Takenobu Igarashi, who is active as a graphic and product designer and has earned a high reputation in the world.
One is a table clock developed as a personal size of the “eki clock” with its design direction based on the Sapporo Station Clocks designed by Takenobu Igarashi. Another is the “earth clock less,” which was recreated from a prototype produced in 1987.

His wish has been realized through the two attractive clocks.